Injury update: Barcelona winger is ‘okay’, will play against Mallorca 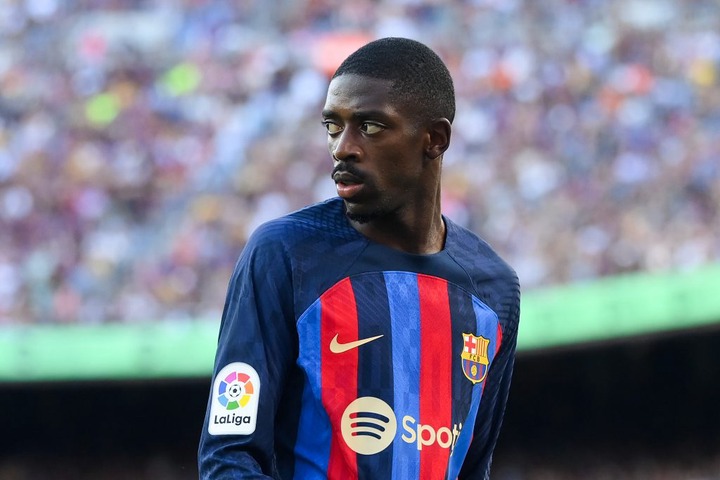 Barcelona had many worries during the international break because many of their players had to return home injured.

While representing their respective nations, Jules Kounde, Memphis Depay, Frenkie de Jong, and Ronald Araujo all suffered injuries that forced them to miss a significant amount of time.

Barcelona had additional cause for concern because Ousmane Dembele had also sustained an injury when competing for France last week against Austria. The 25-year-old was not utilized in the match against Denmark after missing the following training sessions with the rest of the team.

Before Saturday’s La Liga match between Barcelona and RCD Mallorca, it had also raised concerns about his state of fitness.

Dembele is entirely fine, though, therefore he should be able to play this weekend at Son Moix, according to an update from AS’ Javi Miguel.

Dembele is finally thriving in Barcelona colors after a torturous period marred by injuries. He has been enjoying a steady run in the side with no injury or fitness issues.

Along with Robert Lewandowski, the French international has been one of the Blaugrana’s most productive players this year. In his first eight games across all competitions, he has already scored two goals and assisted on four others.

It would have been devastating to lose him due to injury at a crucial time in the season when Barcelona may play as many as nine games in October.

Dembele is healthy, which is good news for Xavi and the supporters. He trained on Thursday with the rest of the team. All indications are that he will play for Barcelona when they travel to face Mallorca on Saturday, barring any unforeseen issues.