Sevilla have now avoided defeat in their last seven matches against Valencia in LaLiga, equalling their longest unbeaten run against them in the competition. Cavani scored for Valencia early in the first half, while Lamela restored parity for Sevilla late in the second half.

Getafe have now drawn seven of their 10 games against Athletic in La Liga since their last promotion to the top-flight in 2017/18, more than against any other opponent in the competition. Getafe’s Alenaand Munir scored the two goals, while Williams and Garcia scored for Athletic Bilbao

Atletico Madrid led Rayo 1-0 going into the break. There weren’t many clear-cut chances in the game, but Atletico Madrid took the one that was presented to them. Morata scored the goal after Griezmann seized on an errant backpass from Falcao and blasted a low cross into the box. Grbic easily saved Palazon’s opening chance from range as Rayo Vallecano failed to muster anything noteworthy. Falcao restored parity for Rayo Vallecano in the second half, though, by successfully converting a late penalty.

Final table after these games

Atletico Madrid are level on points with Barcelona 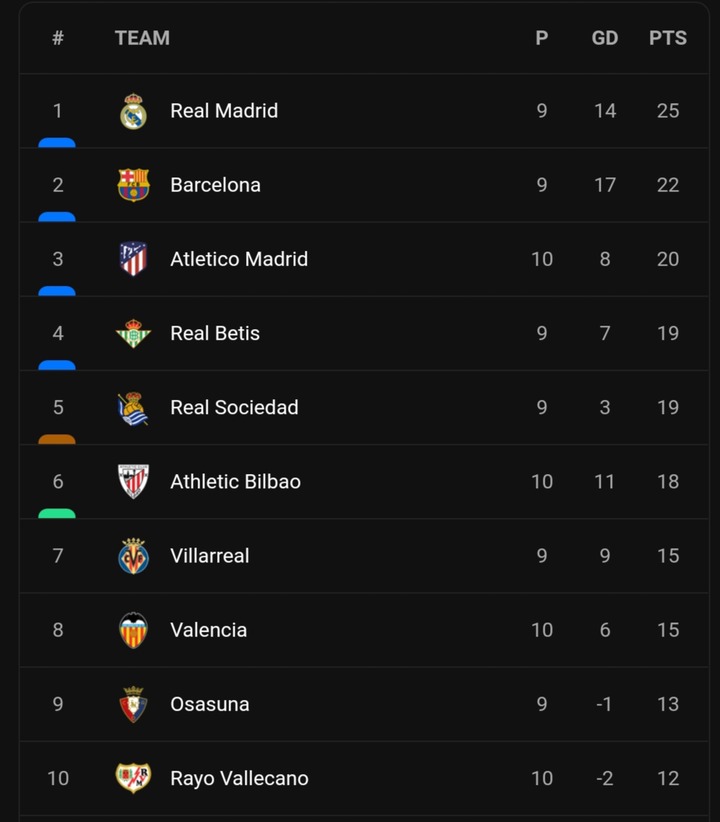 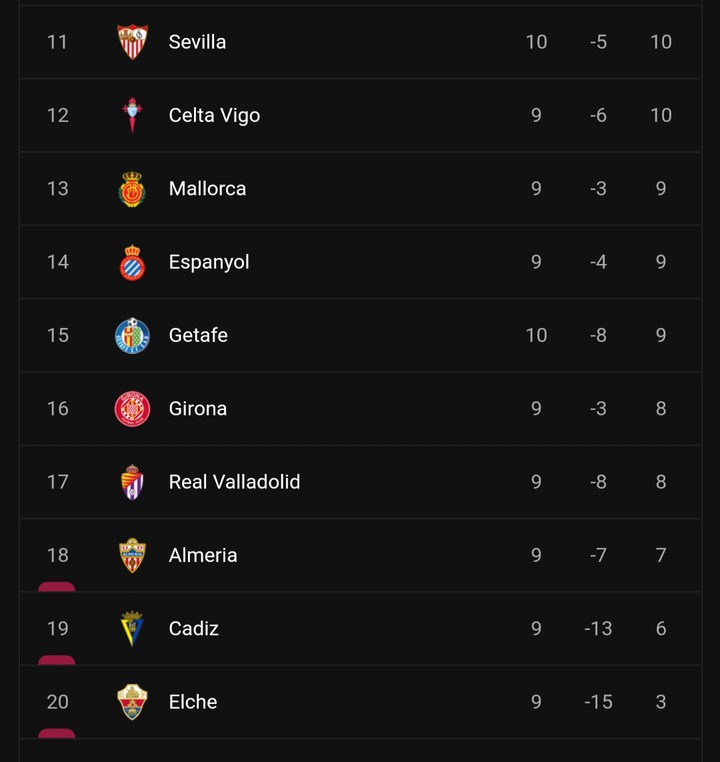