Final EPL Table after the conclusion of Matchweek 13

Below is the final English Premier League table after the conclusion of Matchweek 13, with Arsenal occupying the first position with 28 points, followed by Manchester City, who are sitting second with 26 points. 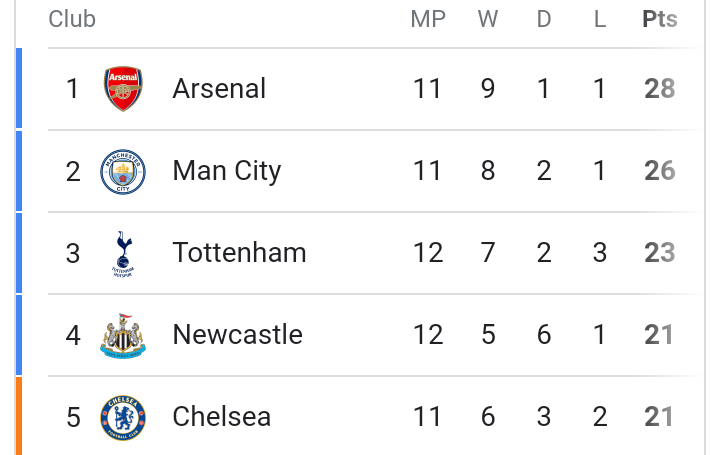 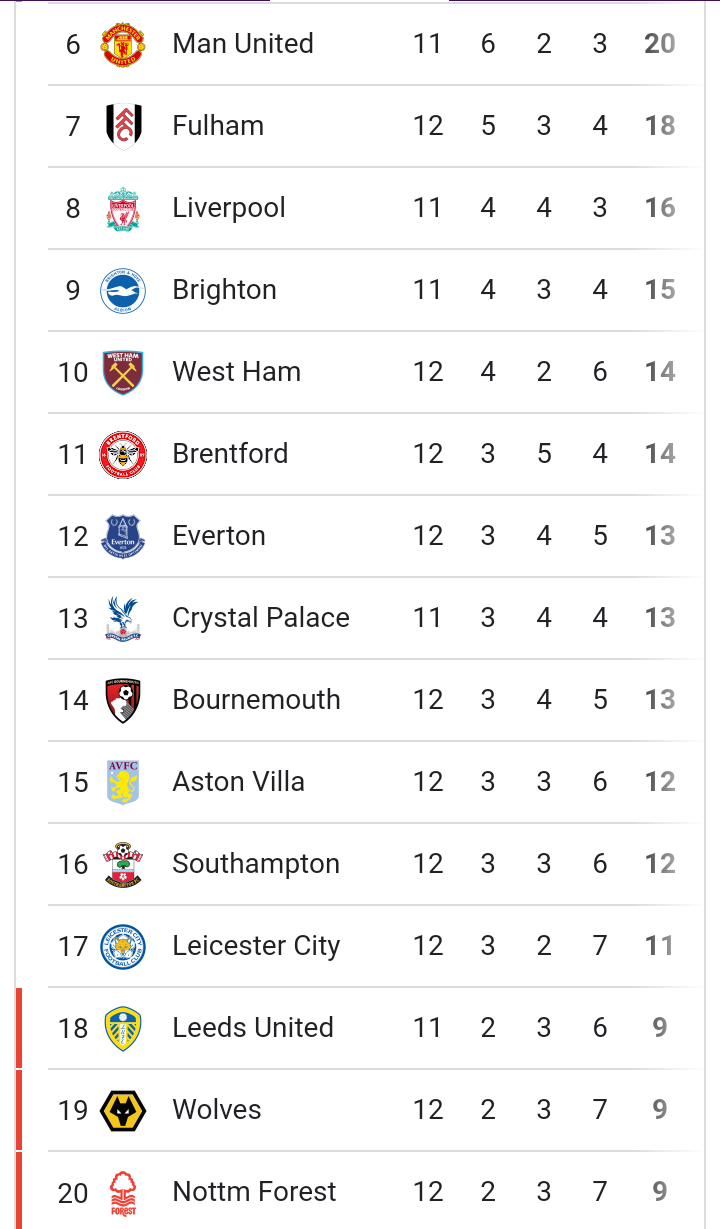 With Arsenal failing to win their match against Southampton on Sunday, do you still think they are capable of winning this season’s premier league trophy? Kindly drop your answers in the comments section below.