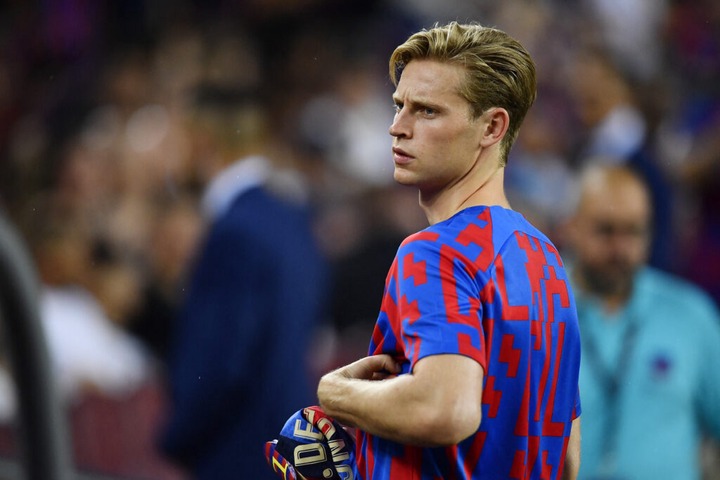 Last summer, the Red Devils were keen to sign the Dutch international from the Blaugrana, and they even agreed on a transfer cost (€85 million).

De Jong made it plain that he did not want to depart the Catalan powerhouse, and as a result, United focused on acquiring Casemiro from Real Madrid.

According to recent reports, Ten Hag is still interested in signing De Jong since the Dutch midfielder perfectly complements him in comparison to players like Casemiro and Eriksen.

The team intends to make another attempt to sign him in January, but according to Sport, De Jong has no intention of leaving this winter despite receiving less playing time under Xavi.

The Dutchman will wait until the next summer to weigh his options. Chelsea and Bayern Munich are also closely monitoring the developments, in addition to United.

For large signings, United is probably going to wait until the end of the season.

The Red Devils spent a record-breaking €250 million on six players over the summer. John Murtough then explained that the expenditure was likely one-time only.

Because of this, the club is unlikely to spend similarly large sums during subsequent transfer windows. Ten Hag’s recommendations for one or two high-profile signings may therefore be the key to success.

Since the transfer deadline, De Jong has been frequently mentioned as a target, although United’s transfer priorities may change if Jude Bellingham of Borussia Dortmund becomes available.

The 19-year-old will undoubtedly be more expensive for the Red Devils to sign, but he is still in his formative years and has the potential to be United’s top player for the next 10 to 15 years.

He would be more cost-effective than De Jong. United might be forced to pick between the two. To convince either player, the Red Devils must still make the Champions League.