Gareth Southgate has explained why he didn’t turn to Manchester City star Phil Foden during England’s goalless World Cup draw with USA. England were held to a frustrating draw by USA at the World Cup as Gareth Southgate’s side missed the opportunity to book their place in the knockout stages. Harry Kane had an early shot blocked but it was the USA who had the two best chances of the first half. Weston McKennie blazed over from inside the box before Christian Pulisic rattled the crossbar with a superb shot from the angle. England continued to struggle in the second half and were made to defend a series of corners as the USA pressed for what would have been a deserved opener. England threw on Jack Grealish and Marcus Rashford but they were unable to make an impact. 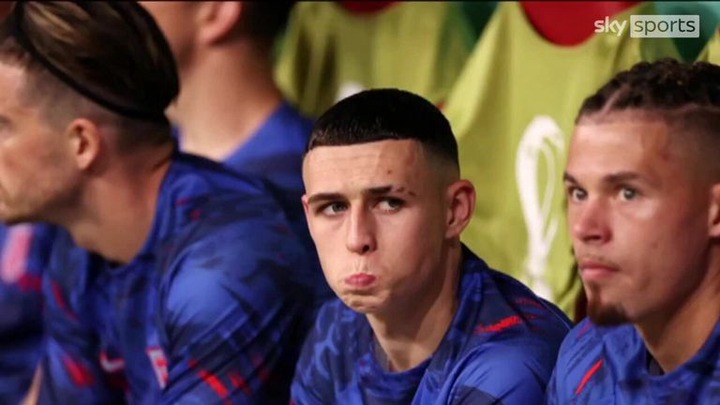 England slumbered to a 0-0 draw with the United States in their second World Cup showing, extending their lead atop of Group A by just a point following a turgid performance. After a blistering start to their World Cup campaign against Iran, England looked an entirely different team in the opening 45 minutes against the USA. The tempo had dropped, passes were wayward and gaps were being found in their shape all too easily, thanks to an impressive showing from Gregg Berhalter’s side. 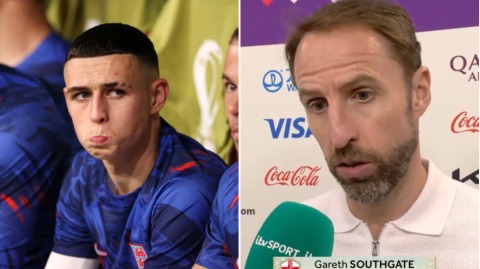 With the Three Lions struggling to break a resilient and dangerous USA down, it appeared only a matter of time before Foden came off the bench to try and make an impact. But Foden remained an unused substitute, with Southgate instead bringing on Jordan Henderson, Marcus Rashford and Jack Grealish in the second half. Asked why he overlooked Foden during the USA stalemate, Southgate said: ‘We wanted to keep the same team from the start. ‘With the wide players, we went with Jack [Grealish] and Marcus [Rashford] instead of Phil [Foden] on the changes as we felt Jack would keep the ball well for us and get us up the pitch and Marcus’ speed would be a threat coming into the last part of the game.’