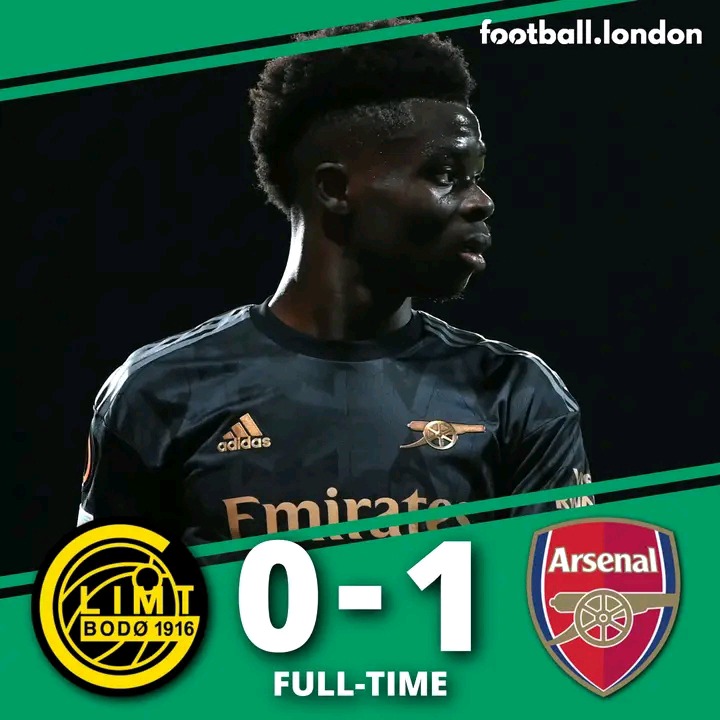 A solitary goal from Bukayo Saka ensured Arsenal secured all three points over Bodo/ Glimt in the UEFA Europa League. 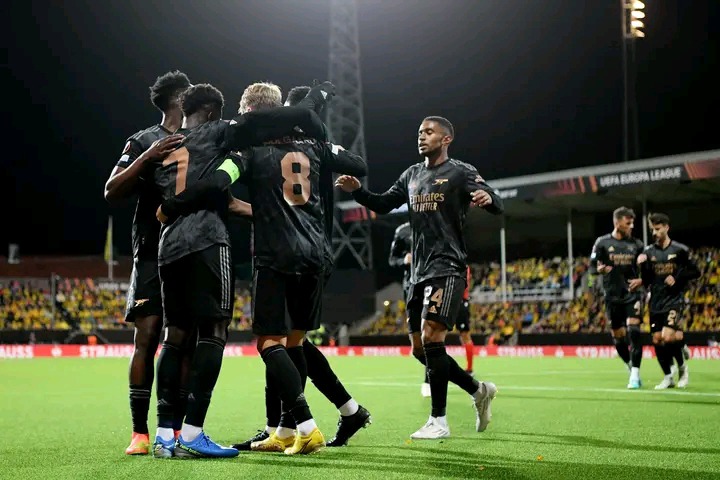 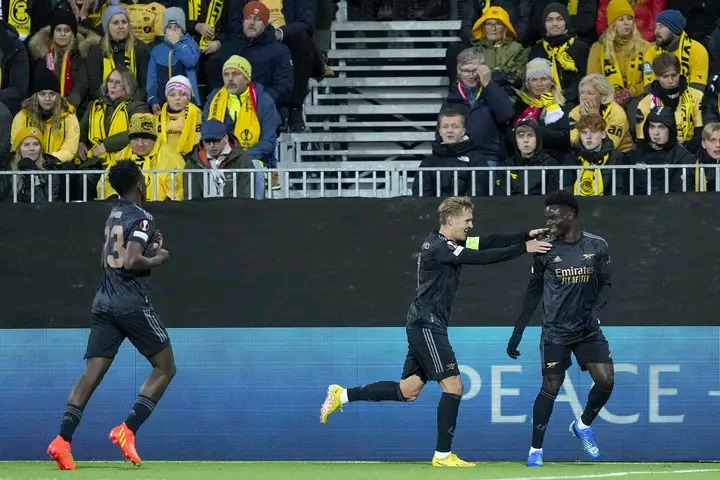 The breakthrough for the North Londoners came from the only shot on target in the first half, when England’s men player of the year, Bukayo Saka blocked attempt rebounded back against his chest and over the line from close range to open the scoring away in Aspmyra Stadion.

Mikel Arteta’s Gunners were clearly the better side with Bukayo Saka coming close once again to doubling the away side’s lead in the first half but the Englishman fired wide. 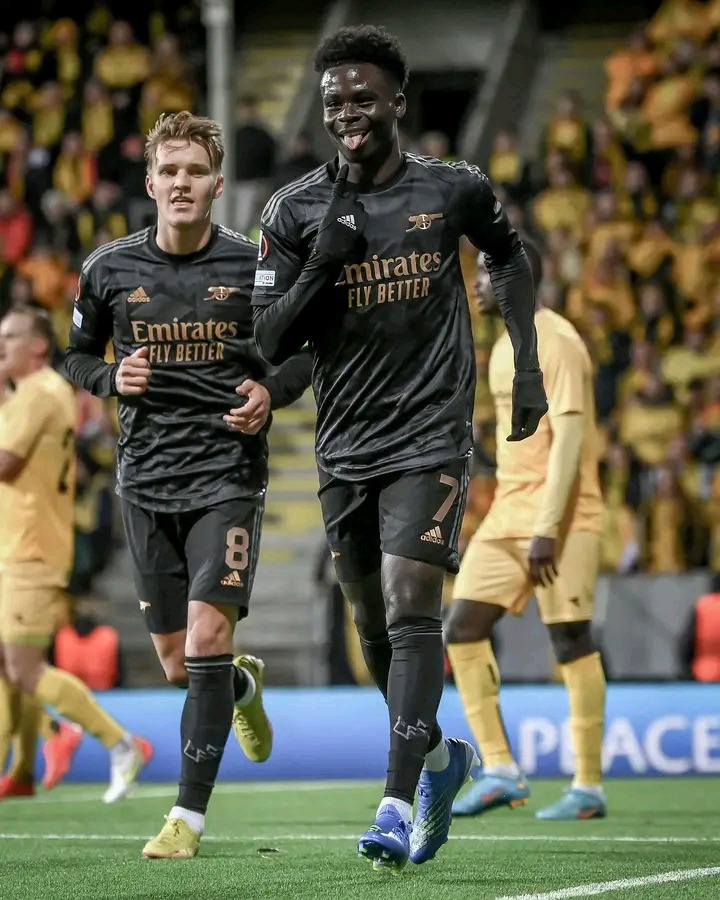 The London based outfit managed the game well in terms of possession in the second half with not so many goalmouth action & also forced Bodo Glimt to drop deeper into their half to make it difficult for them to create goal scoring opportunities.

This win will see them stay on top of Group A with 9 points from 3 games.

Checkout the Current Group A Standings After Arsenal won 1-0; 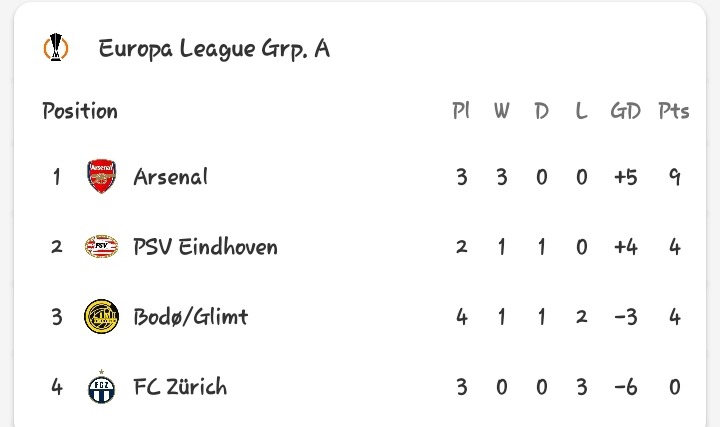