The EPL super Sunday was full of so many surprising results. Note that Arsenal took the early lead at St. Mary’s Park through Granit Dhaka, but Southamptonequalized in the second half through Armstrong to take a point from the match. 1. The Points Gap Between Arsenal & Manchester City Has Been Reduced To Two Points. As it stands, the next game week is very crucial for Mikel Arteta and his team as his team is topping Manchester City with only two points. After dropping two points against Southampton, Manchester City moved closer to Arsenal who is on 28 points. 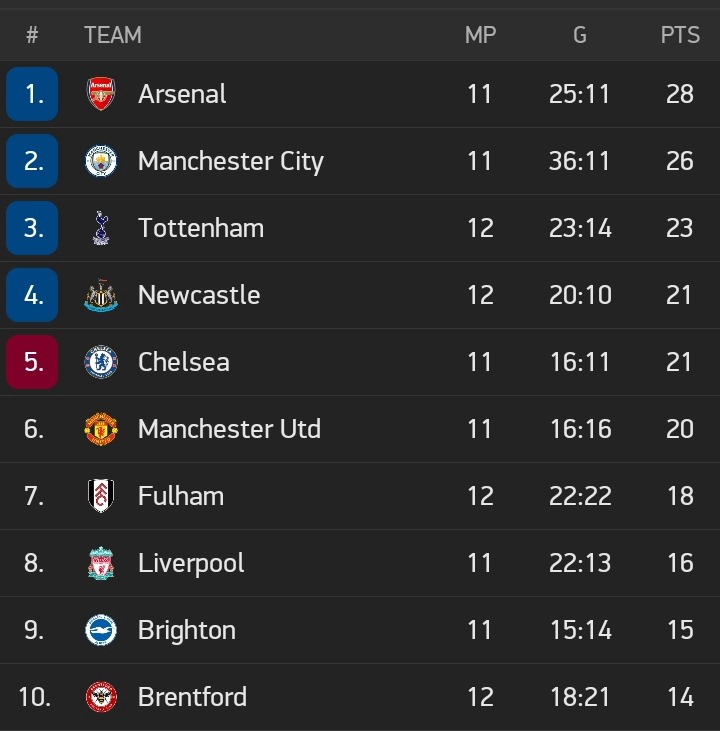 Photo: Current EPL Table For The Top Half Of The League || Twitter

2. Conte Remained In The Third Position, While Newcastle Moved Into The Top 4. After the defeat, Conte’s side remained In the third position with 23 points, but the team has played 12 games. What this means is that Chelsea and Manchester United could move into the top four if they win their outstanding games. Also, Howe’s victory against Tottenham sealed Newcastle’s spot in the fourth position with 21 points. 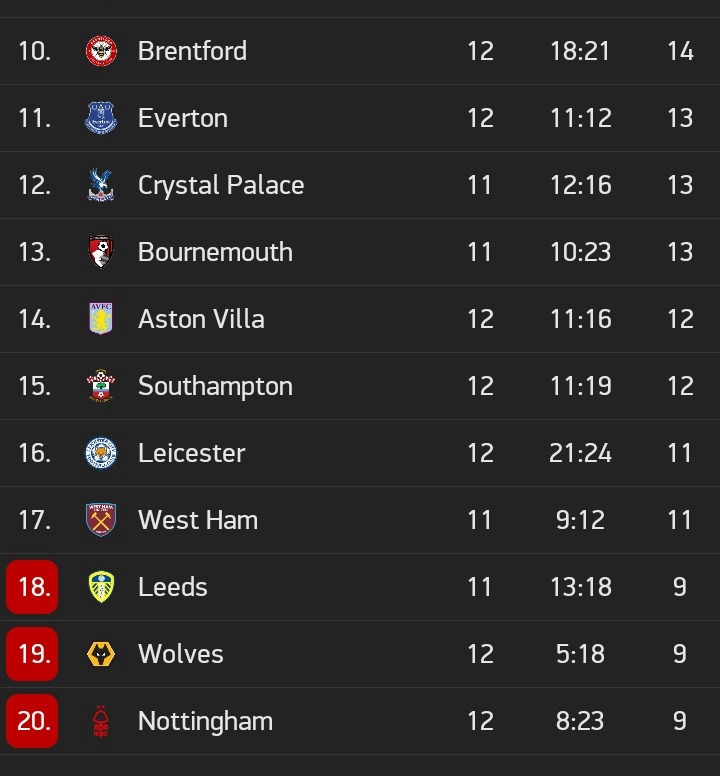 Photo: Current EPL Table For The Bottom Half Of The League || Twitter