Chelsea’s Next 4 Games In All Competitions

West London giants Chelsea bounced back to winning ways with a 2-1 win over Crystal Palace in an action packed encounter between both clubs. 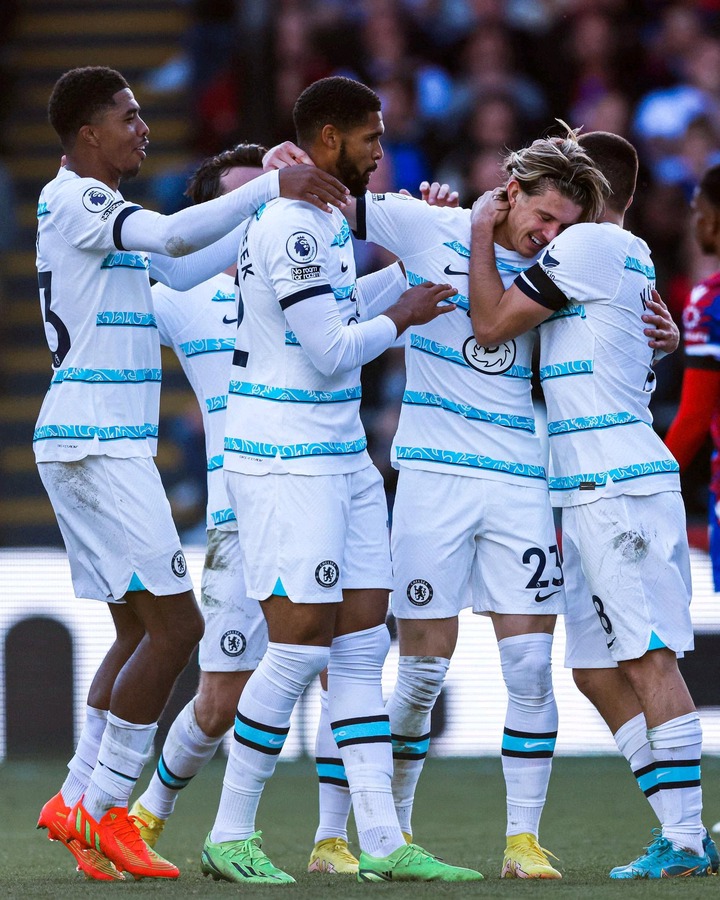 The win against Crystal Palace was really needed by the new Chelsea manager, Graham Potter. Despite a poor start to his journey with the Blues, the EnglishPremier League giants were tipped to win the tie based on their previous away records against the eagles.

West London giants, Chelsea were faced with the trouble of curbing Crystal Palace quick counter-attack which led to the opening goal of the match. 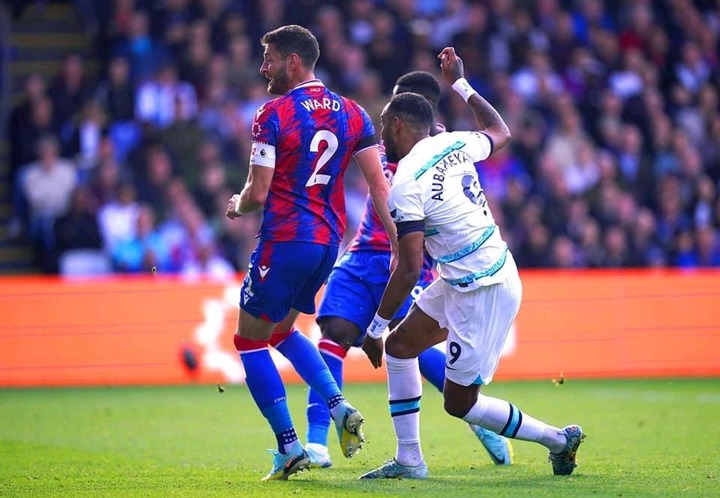 The victory over Crystal Palace pushes Chelsea to 5th position on the EPL standings behind Arsenal, Man City, Tottenham Hotspur and Brighton.

Let’s take a look at Chelsea’s next four matches in all competitions;

1. CHELSEA VS AC MILAN: Chelsea will welcome their Italian opponents AC Milan in a tough UCL match. Chelsea need to win the match to improve their chances of making it to the next round.

2. CHELSEA VS WOLVES: Chelsea will return to English Premier League action against Wolverhampton and the match will be played at Stamford Bridge on the 8th of October, 2022. 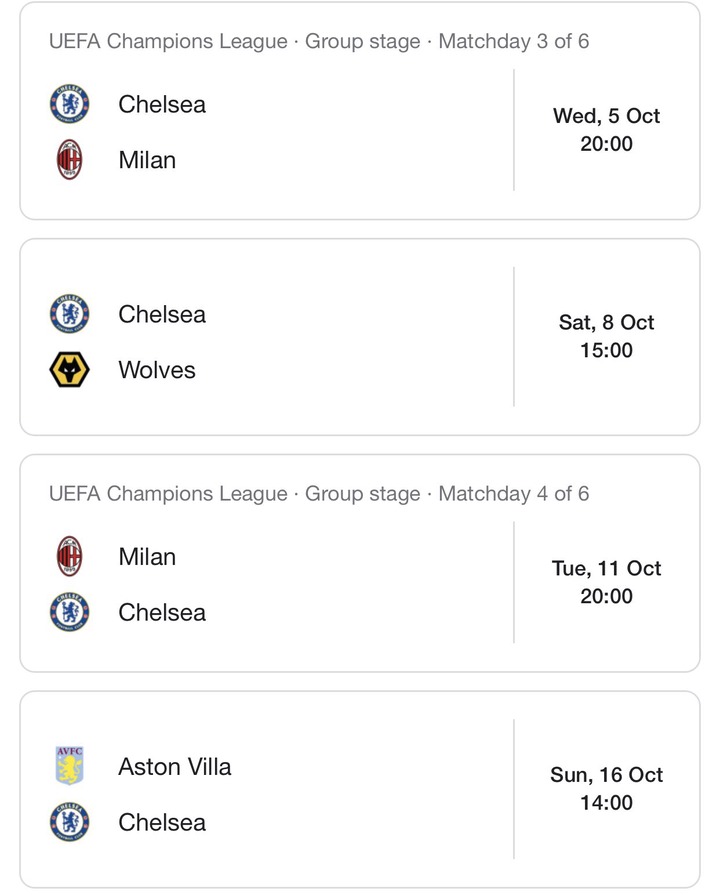 3. AC MILAN VS CHELSEA: Chelsea will travel to San Siro for their return UCL encounter between both clubs.

4. ASTON VILLA VS CHELSEA: This tie could be a challenging one for the Blues when they meet in 16th of October, 2022.