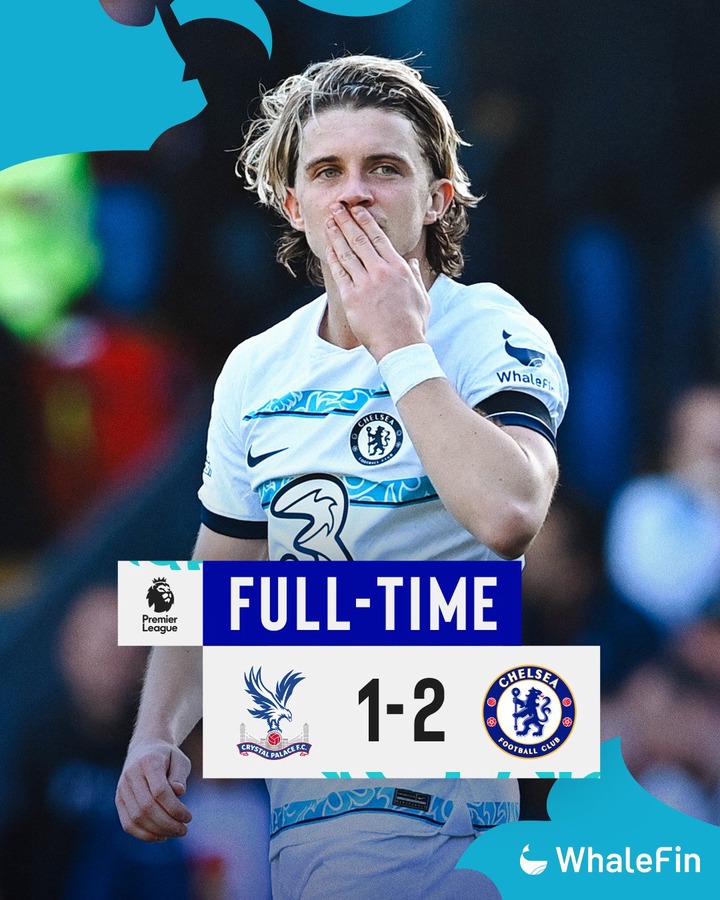 Chelsea traveled to Selhurst park to play Crystal Palace and It was quite an unconvincing display by the Blues across the 90 minutes but Conor Gallagher and Pierre Emerick Aubameyang goals were able to get all three points for Graham Potter. However, with todays slender win, the Blues have now set a new record as they have now won ten games in a row against Crystal Palace for the first time in their history.

Aside from that, Graham Potter also got his first win as a Chelsea manager after three matches in charge. With todays win, the Blues have now moved up to fifth position on the table and will face Wolverhampton Wanderers in there next fixture at Stamford Bridge where they will face former star striker, Diego Costa.

Do you think Chelsea will be able to bounce back in the premier league ? Drop your thoughts in the comment section. Thank you