For the first time this month, the 17-year-old attacker was selected to play for Wales’ first squad in Nations League matches against Belgium and Poland. Harris, who previously earned a call-up to the U21s team and captained Wales’ U17 team, was not used as a substitute in Thursday’s 2-1 victory over Wales by Belgium. 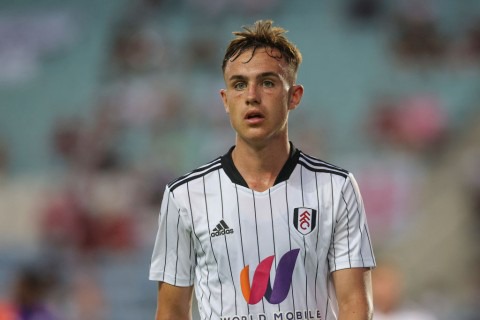 On Sunday, Rob Page’s team plays Poland, and Jersey-born Harris, who earlier this year scored a hat-trick for Fulham U21s against Chelsea U21s, will be looking to win his first full Wales cap. The Mirrorclaims that the Blues and Fulham have been in “advanced conversations” about the January recruitment of Harris, with a deal worth £25 million plus an extra £5 million in add-ons “on the table.”

In the Carabao Cup last month, Harris made his debut for Fulham as a senior against Crawley Town. The club is aware of Harris’ potential, and the teenager recently extended his contract until 2025. Harris remarked after inking the deal, “I’m incredibly thrilled to prolong my stay here at Fulham having been here from a young age.”

My parents made many sacrifices for me, including driving me away on the weekends when I was a little child, so they deserve a lot of credit for what I’ve accomplished. I’m having fun playing football, and I’m looking forward to the future.

Fulham’s head coach, Marco Silva, also provided his thoughts on the highly regarded Harris. Silva guided his team to promotion last season and a strong start to the 2022–23 campaign, with the west London club sixth in the table after their first seven games.