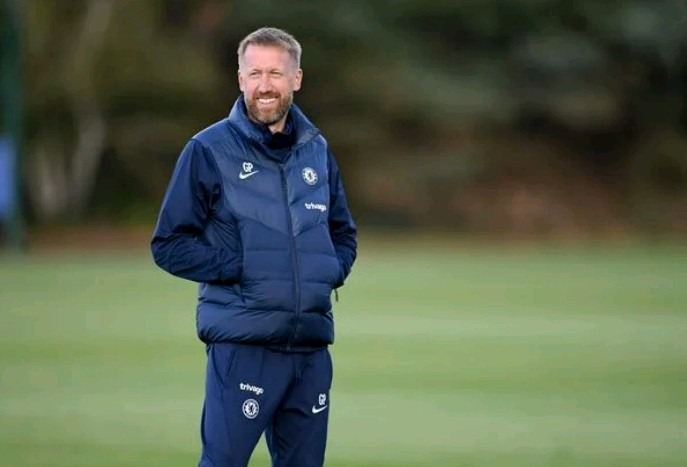 When questioned about his intentions for the forthcoming January transfer window, which opens in the New Year, Chelsea manager Graham Potterremained coy.

When the transfer window reopens, Potter has been pushed to add to his injury-riddled squad because the Blues have lost two straight Premier League games and dropped to seventh place.

Potter, 47, acknowledged in his pre-match remarks that Chelsea will not be repeating the purchasing binge of the summer as pressure mounts on him ahead of Chelsea’s penultimate match before club football takes a break for the World Cup in Qatar later this month.

“I believe the group we have and the team we have have more to offer despite key players including N’Golo Kante, Ben Chilwell, Reece James, and Fofana being absent,” he said.

“My focus is on how we may improve upon what we have done not the January transfer window.

“I’m pretty sure we will. Anyway, we regularly converse. You occasionally need to pause, consider, and analyze. Undoubtedly, we must reflect on what has occurred and what can be done to move forward.”