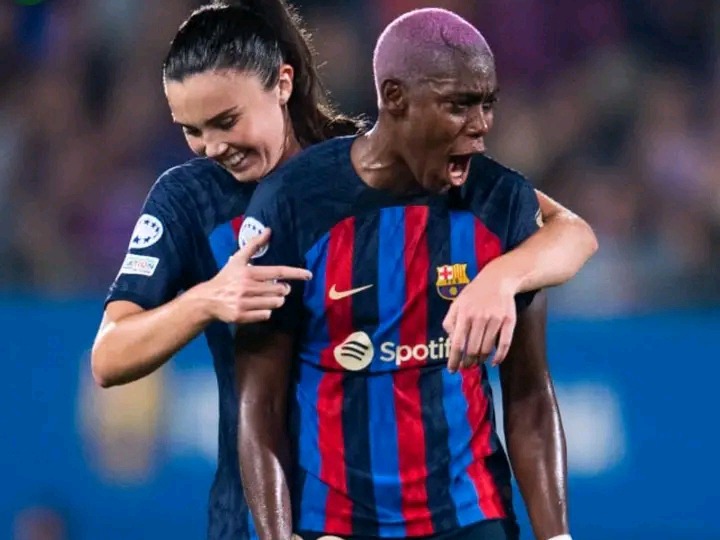 Super Falcons and FC Barcelona player Asisat Oshola had a nice game yesterday as FC Barcelonadefeated Portuguese club Benfica, 9-0, and ahe posted a photo of herself on Twitter hailing herself.

The post was shared by Asisat Oshola on Twitter and she hailed herself in her native Yoruba Dialect, and she was replied by FC Barcelona in Yoruba Dialect as well.

She tagged her photo with the words; “Omo Elewa,” and FC Barcelona Replied her with the word; “Agba Baller.” See screenshot of the post on Twitter below. 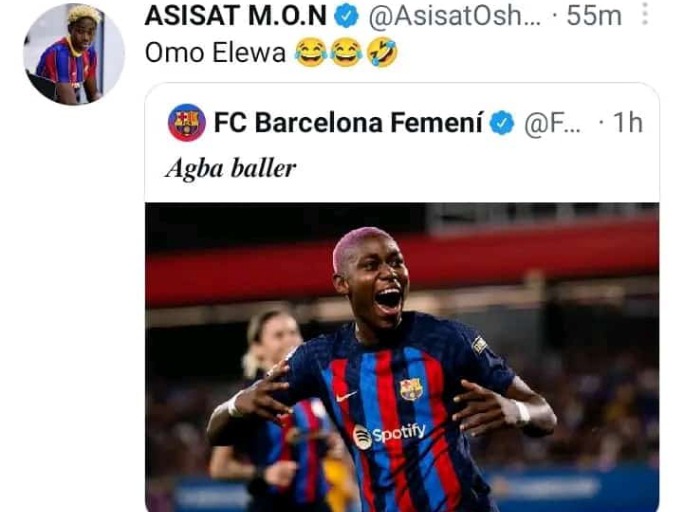 Asisat Oshola was among the scorers yesterday as Barcelona ran riot past Benfica 9-0, and it will be a game to remember for the Nigerian superstar, and a game to forget for the Portuguese club.

What do you have to say about this? You can freely drop your comments with us using the comment section below, and thank you for your time.