Arsenal’s Next Four Matches In All Competitions Including A Tough Game Against PSV.

The English Premier League giants Arsenal continued their incredible form in the UEL after they got a 1 – 0 win over PSV Eindhoven in a crunch encounter between both clubs.

The Gunners were the huge favourites to emerge victorious due to their previous home records against PSV Eindhoven. 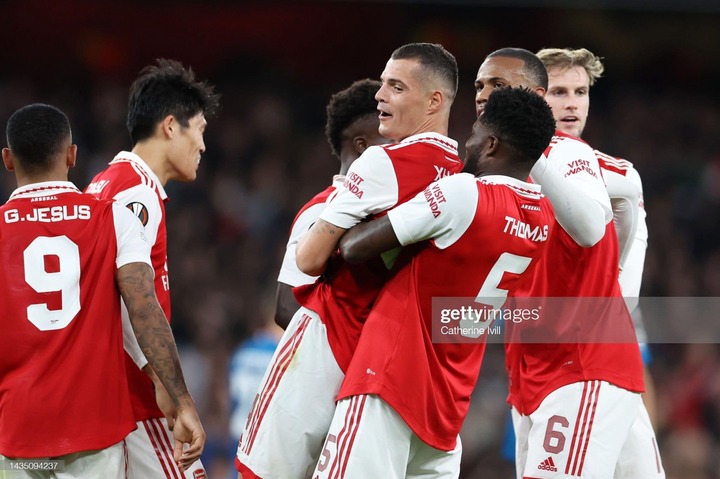 The North London based club Arsenal neutralized the attacking implements of their opponents as they limited them to few chances.

After their home victory over PSV Eindhoven, They strengthened their top spot on their group standings having played the same number of matches in the competition. 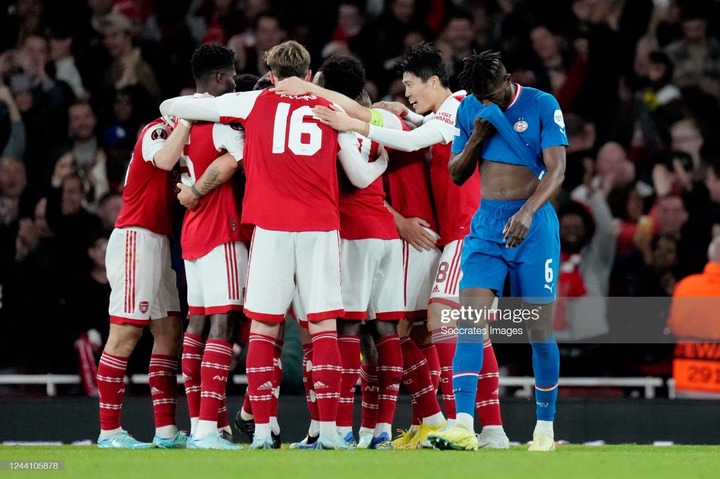 The Gunners were focused in defence as they grabbed an hard-fought victory over their opponent.

After their hard-fought victory over PSV Eindhoven, they solidified their 1st position on the group standings ahead of the likes of Bodo/Glimt and FC Zurich. 2. PSV EINDHOVEN VS ARSENAL: The UEL encounter between both clubs is scheduled to take place at Philips Stadium. 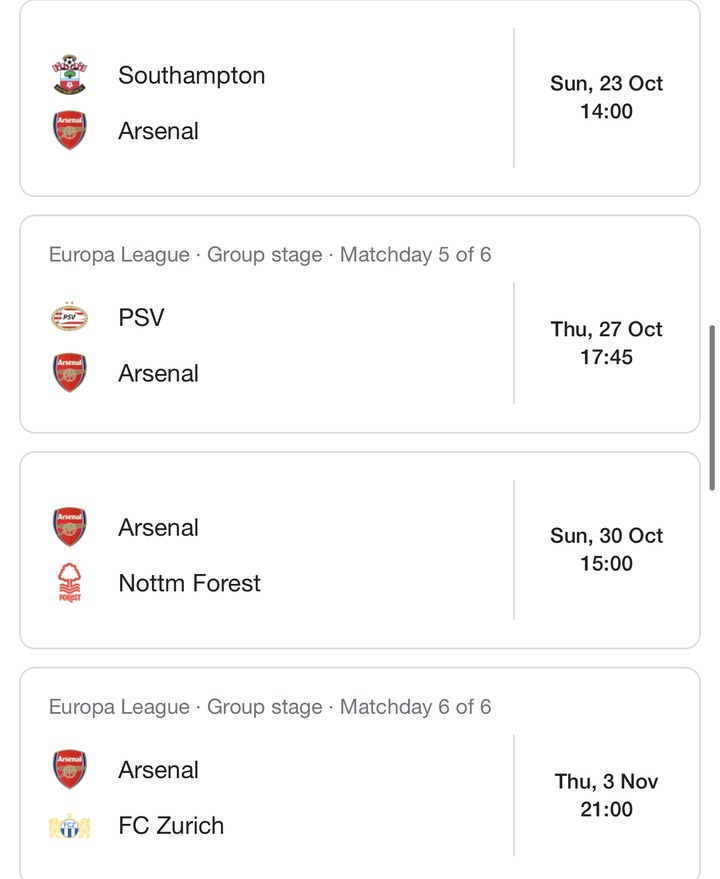 3. ARSENAL VS NOTTINGHAM FOREST: The league encounter between both clubs will be played at Emirates Stadium. 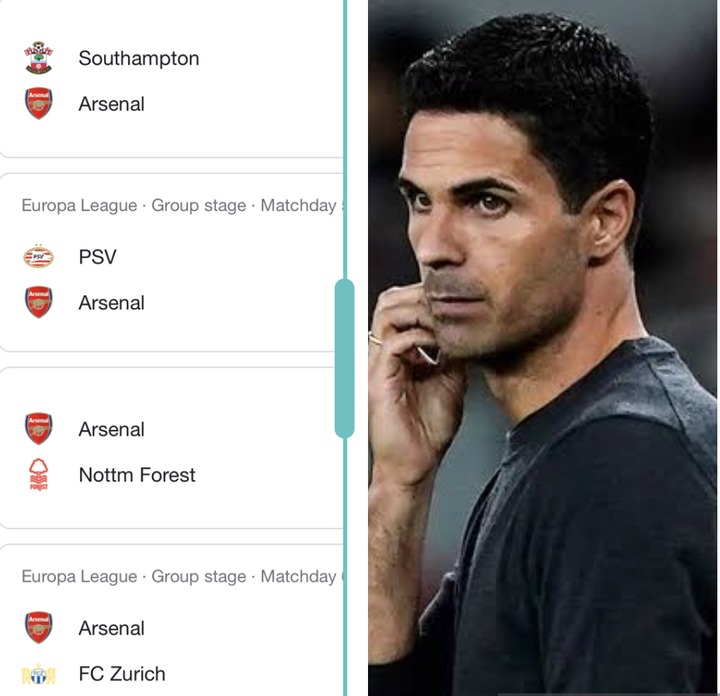