Arsenal escaped an ‘absolute VAR error’ in their 2-0 victory over Wolves which has extended their lead at the top of the Premier League. 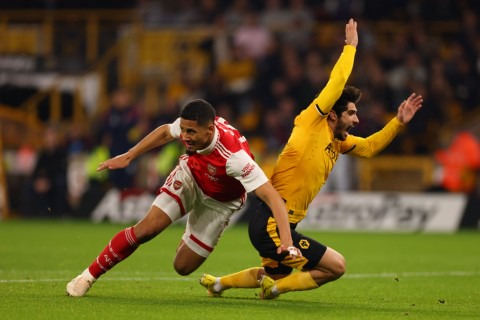 The opportunity to move five points ahead of the Premier League champions was taken advantage of by Mikel Arteta’s team after Manchester City’s 2-1 loss to Brentford earlier on Saturday.

Arsenal defeated Wolves at Molineaux thanks to a second-half double from Martin Odegaard, but the Gunners were fortunate not to have William Salibasent off after just eight minutes for bringing down Goncalo Guedes in the penalty area.