Arsenal join a bunch of Premier League sides interested in signing Villarreal’s Alex Baena. The Yellow Submarines fear that his release clause being low could see his potential exit. But it’s not just Arsenal that are said to be in for Baena, with Manchester City, Chelsea and Liverpool all scouting the youngster.

He has started this campaign in remarkable fashion after a successful season on loan at Girona previously. Alex Baena was identified as a possible alternative to Mykhaylo Mudryk. It has been claimed that Arsenal deemed Murdryk as too expensive, with Fabrizio Romano stating that Shakhtar Donetsk have slapped a £44.6 million asking price on him. 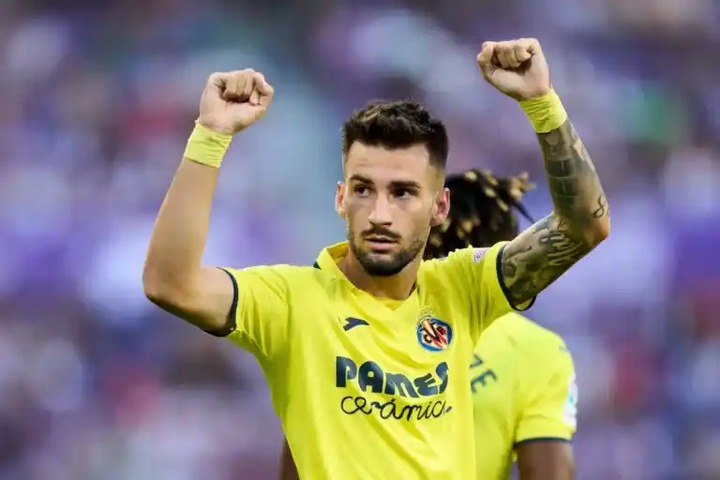 Born in Roquetas de Mar, Spain, Baena joined his hometown club Roquetas in 2007, before moving to Villarreal four years later. Alex Baena has featured for Spain at youth levels up to under-21.

He predominantly plays as a left winger but is extremely versatile and can play almost anywhere in the forward line while also dropping to the midfield to support the team.

Baena would be a good addition and can easily slot into Mikel Arteta’s high-press system. His six goals in all competitions have come in both league and UEFA Europa Conference League, mostly off the bench. Baena has plenty of first-team experience despite being a young talent, with exceptional dribbling and ball-control allowing him to take on opposition players.

The Villarreal player is not the quickest, but he makes up for it by creating space and using his excellent range of passing. He also solves Arsenal’s problem of scoring from outside the box, with Baena being a threat from distance against low-block teams.

He impressed and developed well during his loan spell at Girona last season, and is now making a fairly seamless transition into Villarreal’s first team. He has been a dynamic wide player this season with pace, trickery and an eye for goal.

Baena primarily plays on the left-wing for Villarreal, is right-footed and has a sharp turn of pace. Last season on loan at Girona, he found himself drifting into the penalty area to finish off chances but is also more than capable of creating opportunities himself.

Villarreal are desperate to avoid losing the player, and are planning to open talks to extend his stay in Spain. Baena isn’t the only Villarreal winger that Arsenal have looked at, with Yeremy Pino being linked with the Gunners during the summer.

Baena has a contract until 2025 and a release clause of €35m, which seems pretty low given his current form. Despite not starting any game in La Liga, the player has been significant as a substitute.

Premier League and European clubs will put in a bid if Baena keeps performing at his current form on a regular basis.

Arsenal can find optimism from the fact that Villarreal boss Unai Emery has reaffirmed his commitment to keeping striker Nicolas Jackson, who was promoted to the first team alongside Baena. If Jackson is a priority for Villarreal, they could be more open to parting ways with Baena should they receive a suitable offer.